When I first met with Robert and Melissa, they shared with me that their first date was at Safeco Field and that this was the venue they had chosen for their wedding.  I really had no idea what to expect because I have only been to one baseball game at the ballpark.  On their wedding day I was really excited to see what they put together for their ballpark themed wedding.

Robert and Melissa reserved a private room for their ceremony in the Ellis Pavilion (located at the Third Base Entrance to the ballpark).  They brought in dozens of baseballs and a jersey for their guests to sign rather than a traditional guest book. 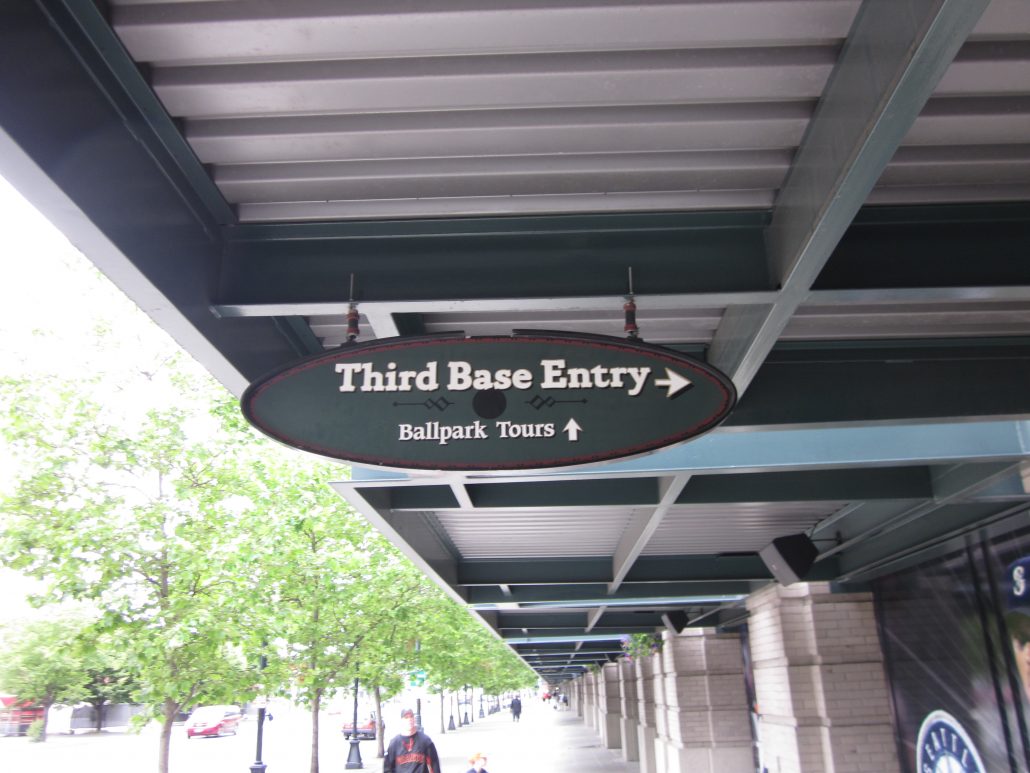 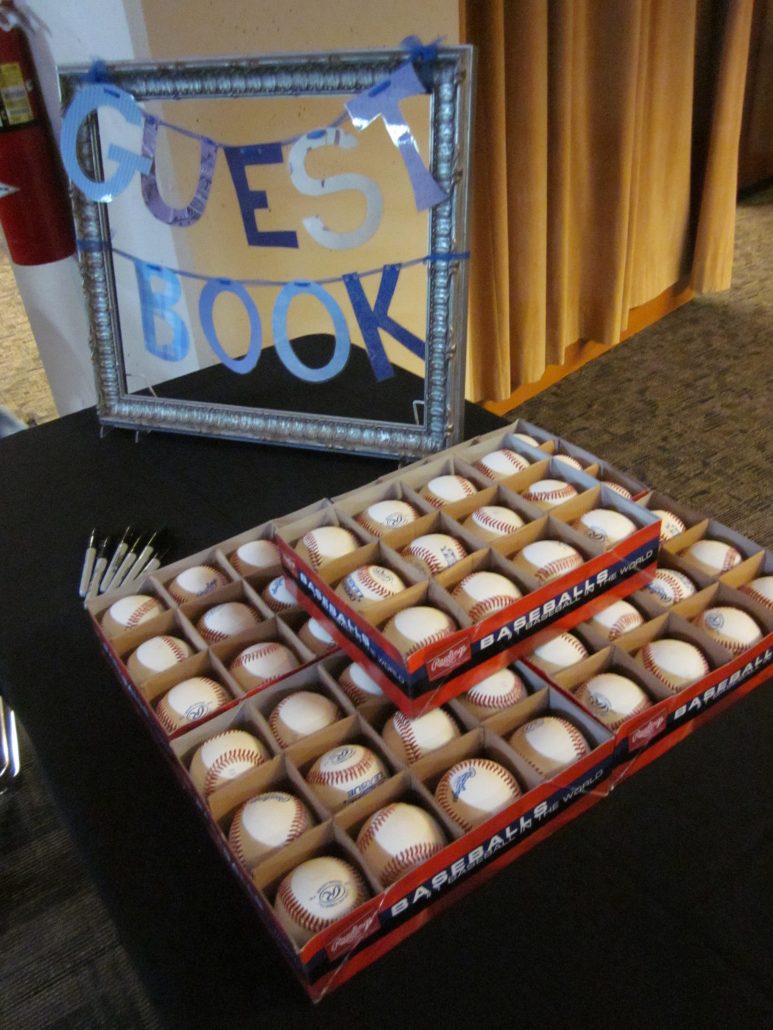 Robert and Melissa’s ceremony included a cute story called “Love Monkey,” which was read by a family member.  When we got to the vows Robert and Melissa presented Robert’s daughter with a lovely ring symbolizing their new union as a family.   After the ceremony, the guests signed the baseballs and jersey and then headed up to the private suites for the reception. 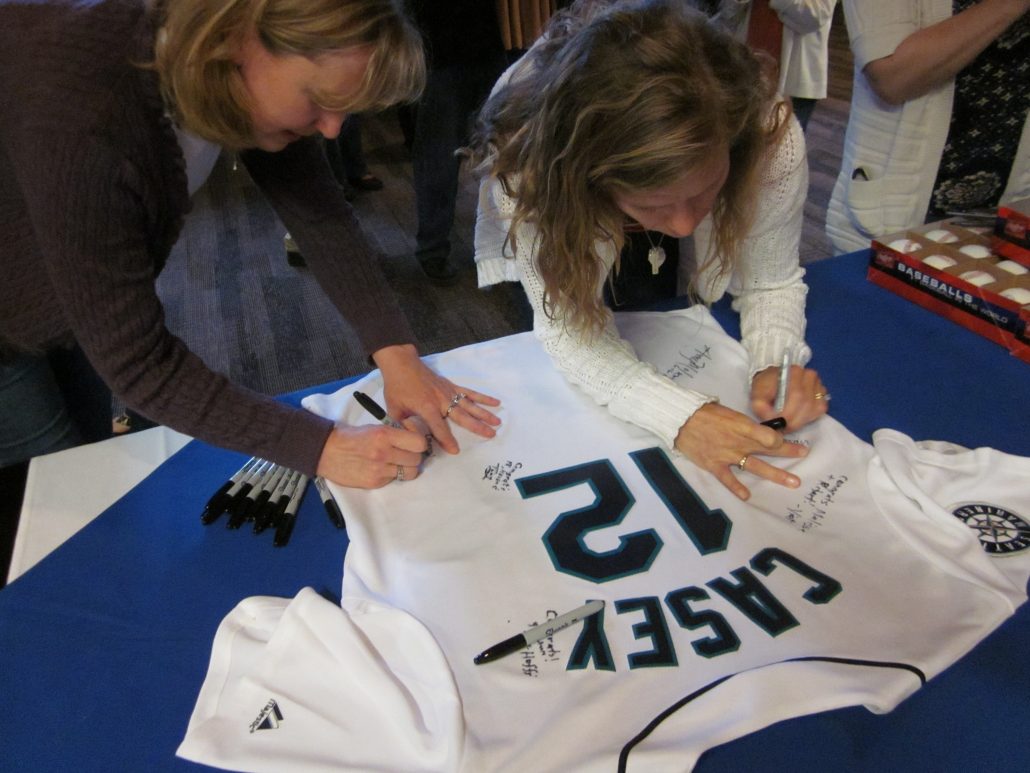 While the guests headed up to the reception the wedding party stopped into the official Mariner’s interview room to sign the wedding license.  We all had fun pretending to be interviewed! 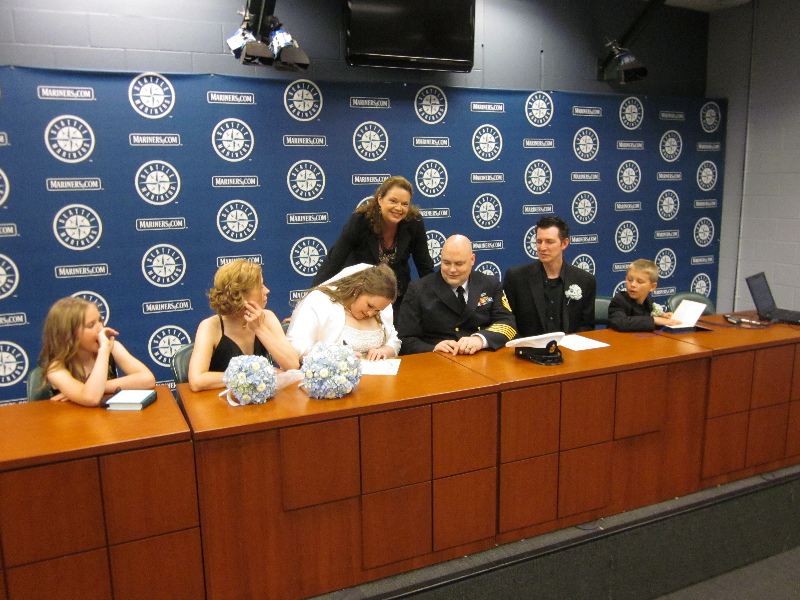 Robert and Melissa reserved two suites for their reception which overlooked the ballpark.  With a setting like this for your reception who needs decorations?   The guests were treated to food catered by the ballpark which included some traditional (hot dogs) and non-traditional (mac-n-cheese) favorites including a full bar.  Guests had their choice of sitting inside the suites to watch the game on several TV’s placed around the room or heading out to the deck that overlooked the ball park.  It was so fun eating a hotdog and watching the game just above 1st base! 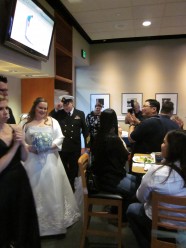 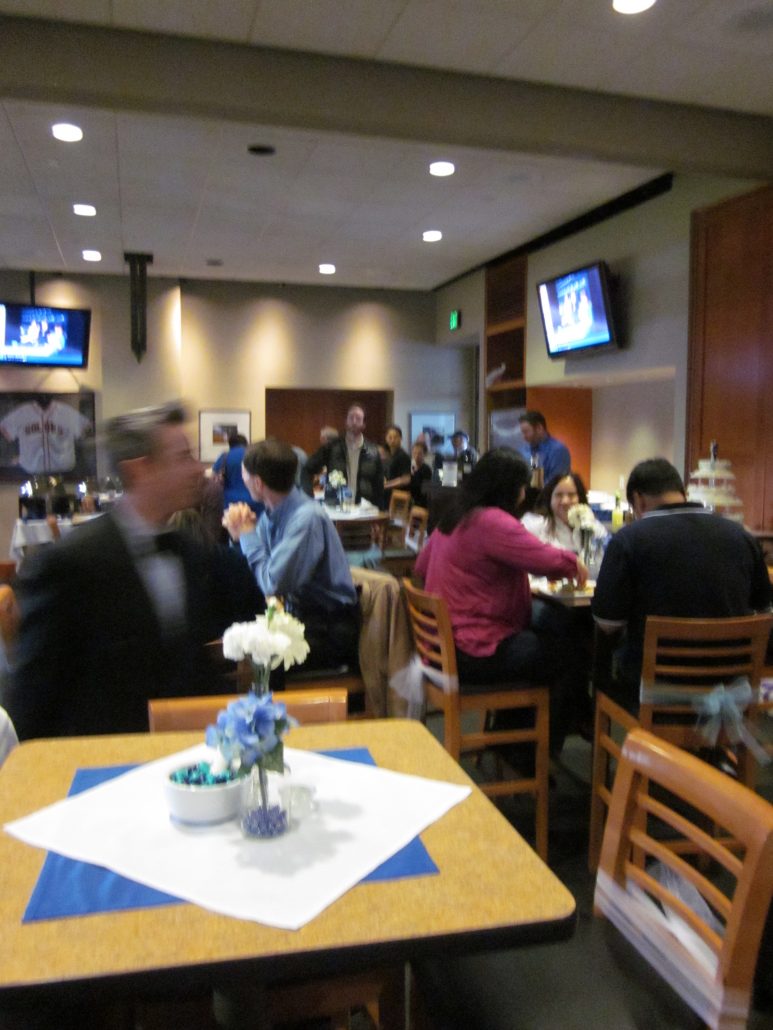 I had a great time officiating Robert and Melissa’s wedding!  The venue, the food, and the entertainment added such a personal and fun touch to the day — certainly a wedding that the couple’s guests and I will not forget.  Congratulations Robert and Melissa! 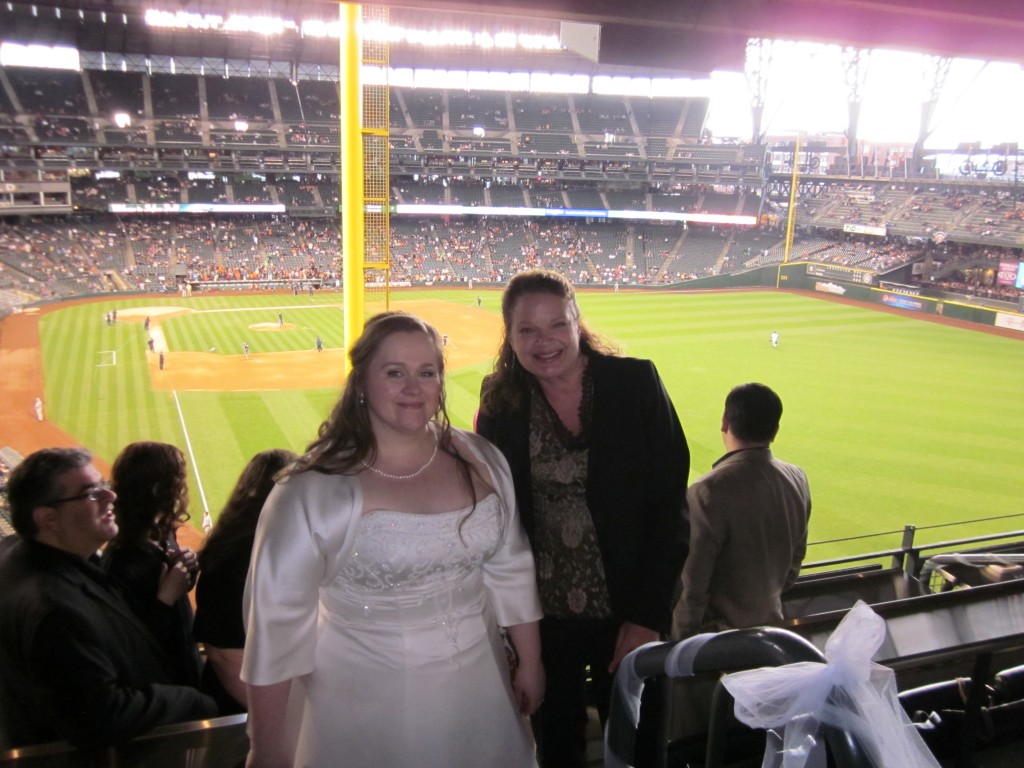 Over the pass & thru the woods to Gini & Matt’s wedding! Getting Your Marriage License Made Easy
Scroll to top