I was first contacted by Tammy and Patrice in early 2014.  They live in South Carolina and wanted to have their destination wedding in Seattle, Washington.  I asked them what they had in mind for a venue — indoor?  outdoor?  They expressed a love of nature and I assured them that we had many beautiful parks  and beaches that they would love.  They also expressed a love of glass blowing.  I immediately recalled a glass blowing studio that I often pass on my way through downtown Seattle.  I contacted the Seattle Glass Blowing Studio and inquired about doing a small wedding ceremony within the studio and adding a glass pouring ceremony.  They were enthusiastically on board for a Seattle Glass Blowing Studio elopement.

If you are familiar with the traditional sand pouring ceremony in which two different colors of sand are poured by the couple into one vessel — imagine pouring two different colors of glass crystals (referred to as “frit”) into a center vessel, which is then later blown into a beautiful sculpture.  Tammy and Patrice were on board and I worked out all the details with the operations manager at the studio.

We had the studio to ourselves for approximately 30 minutes at which time we had the ceremony.  The ladies poured their frit and I got to sign my first Ketubah – a Jewish wedding tradition.  I brought in my friend and colleague Jeanne of Jeanne Phinney Photography to shoot the wedding and what follows are the lovely pictures of two very happy ladies.  Congratulations Tammy and Patrice! 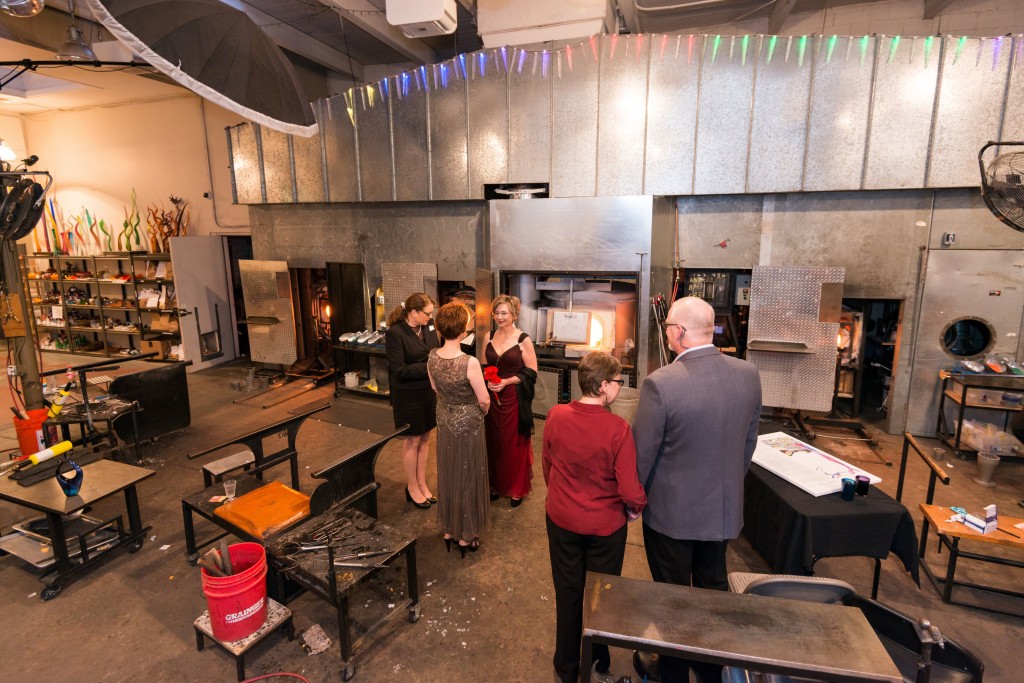 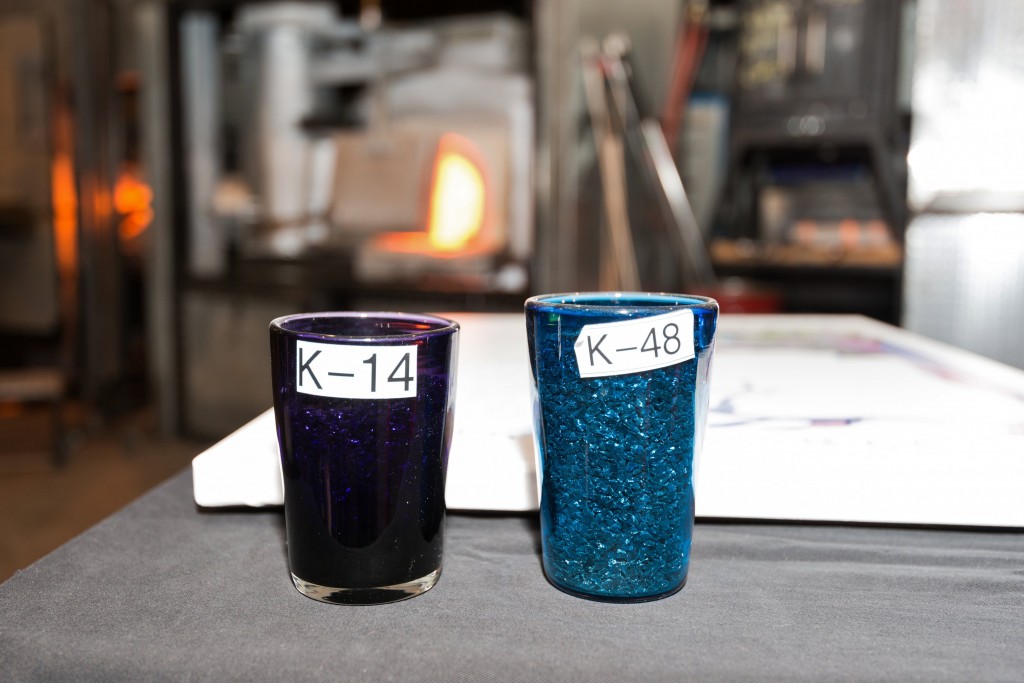 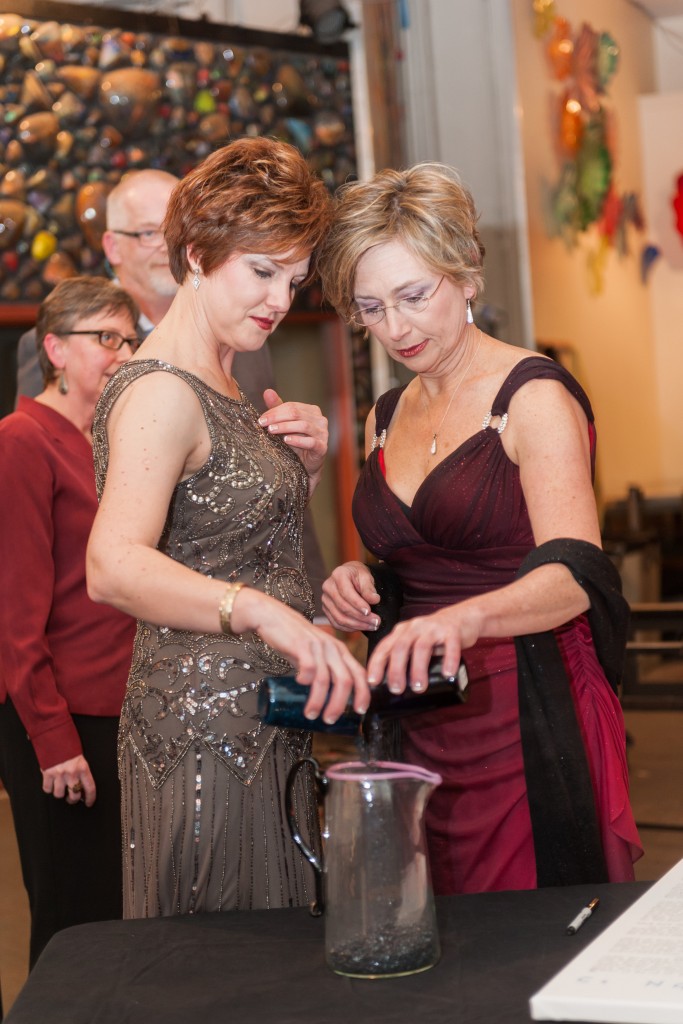 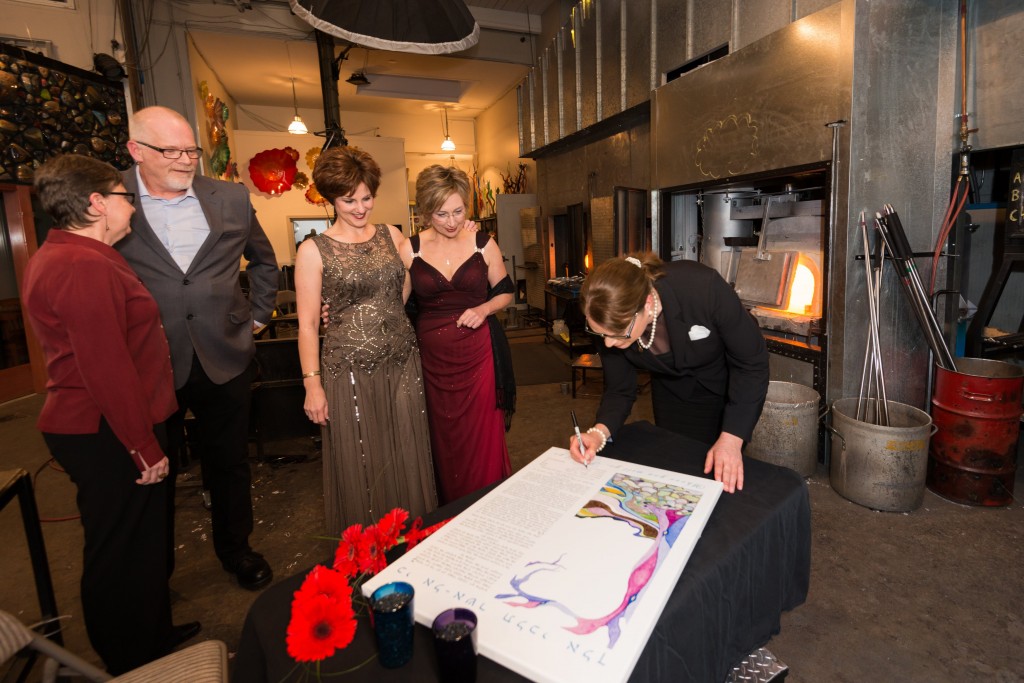 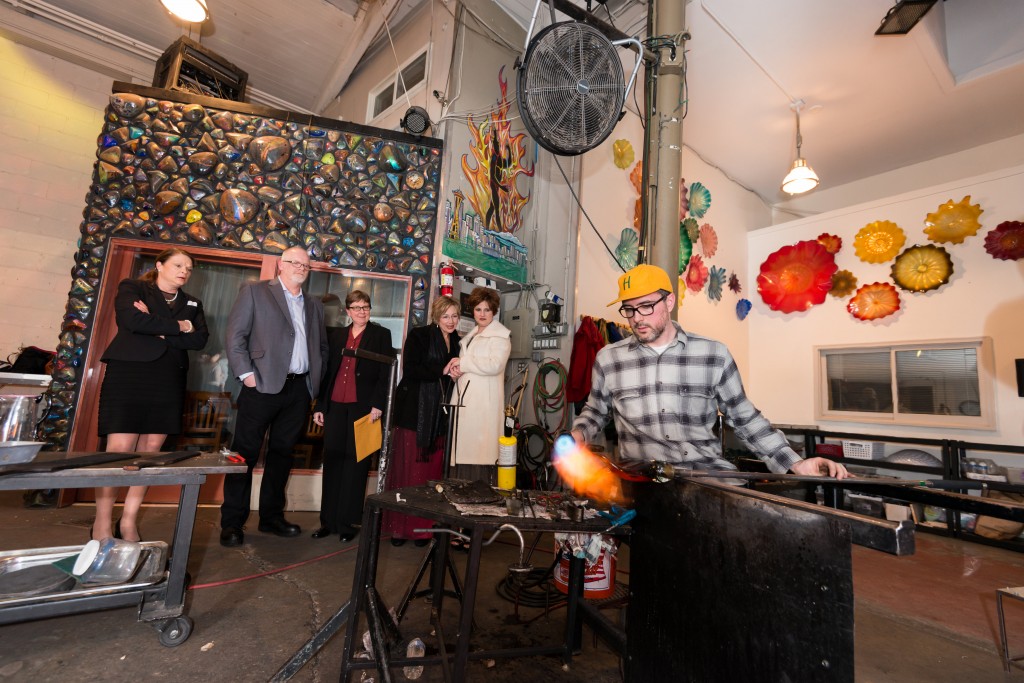 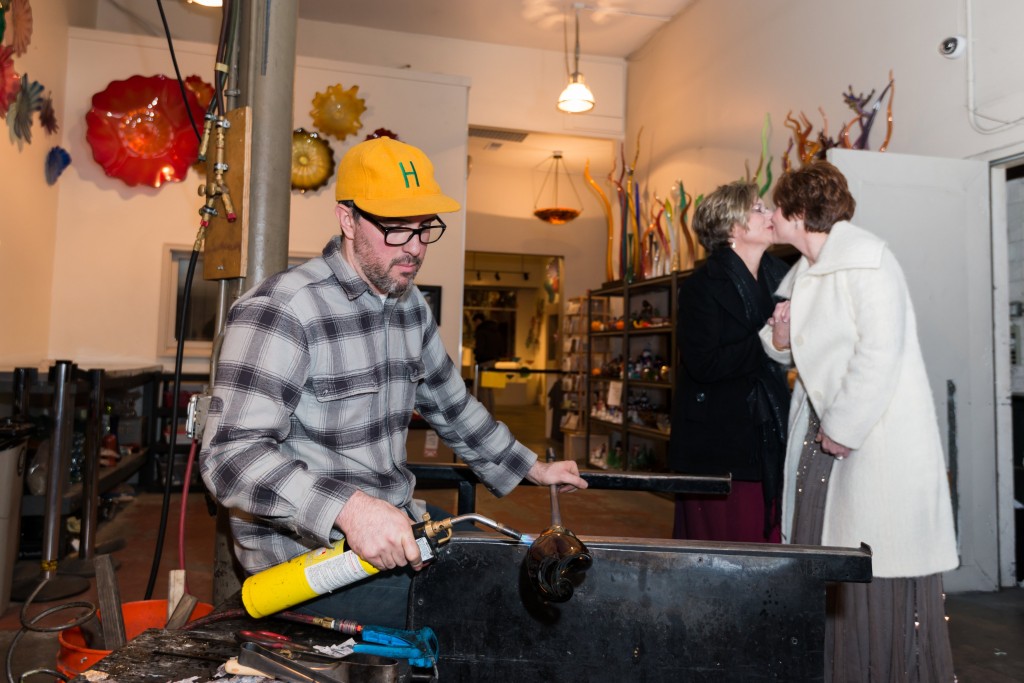 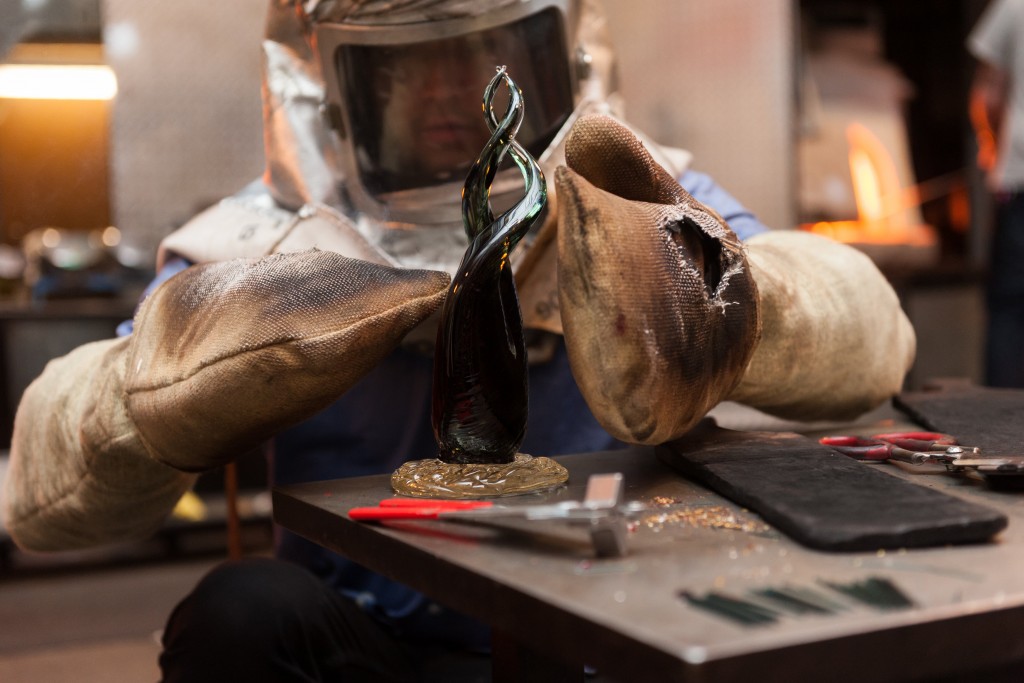 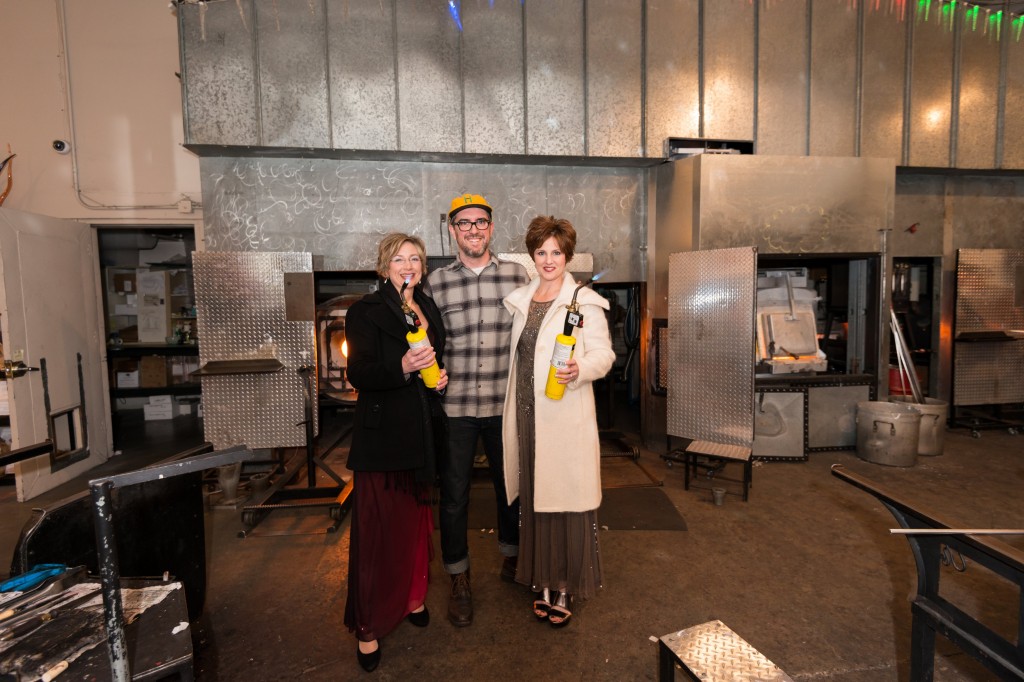 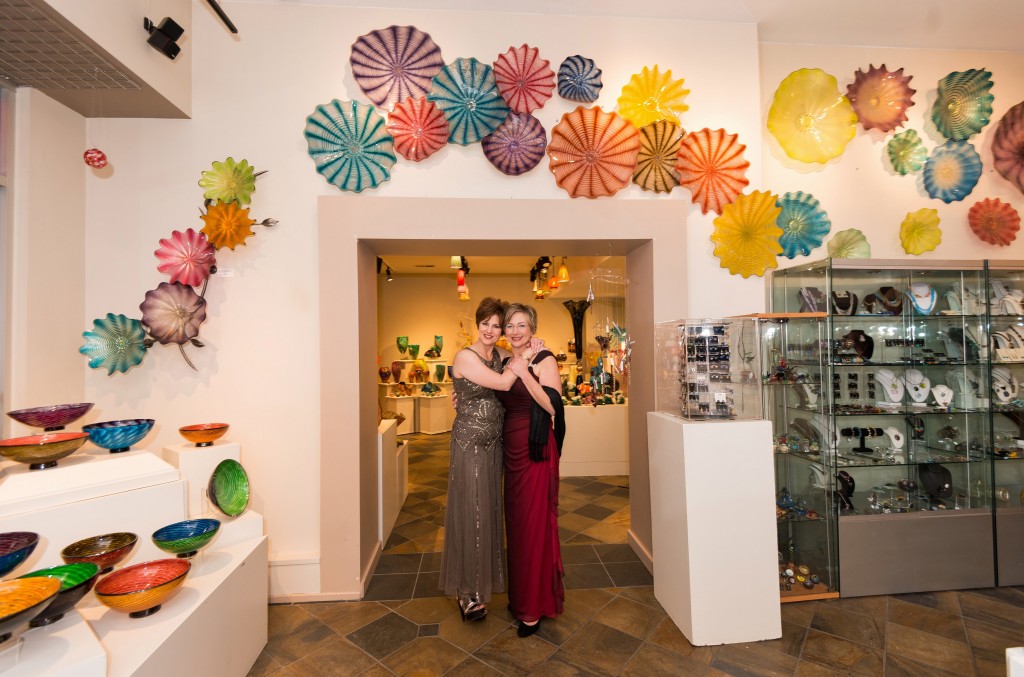 I am so proud of Washington state for pushing referendum 74 through in December of 2012, making our state the tenth jurisdiction in the United States (9 states, plus the District of Columbia) to extend the freedom to marry to same-sex couples.  Since that time I have had the honor  and privilege of officiating dozens of same-sex weddings for couples from all over the country.

Following is an update from the Department of Defense who has voted to extend federal benefits to same-sex spouses of military service members.  Congratulations on another victory!

“The Department of Defense announced a plan on Wednesday to extend a range of federal benefits to same-sex spouses of military service members starting Sept. 3.

The Pentagon will extend to legally married same-sex couples the same privileges and programs that are provided to legally married heterosexual couples, including benefits tied to health care, housing, and family separation allowance, compensation paid to military members when their dependents can’t live with them at their permanent duty station.

“The Department of Defense remains committed to ensuring that all men and women who serve in the U.;SD. military, and their families, are treated fairly and equally as the law directs,” the Pentagon said in its announcement Wednesday.

On Tuesday, a senior official told NBC News that service members who are stationed in one of the 37 states where same-sex marriage is illegal will be offered up to 10 days of leave so they can travel to one of the 13 states, plus the District of Columbia, that grant same-sex marriage licenses.

All entitlements are retroactive to June 26, 2013 the date of the Supreme Court’s ruling that a key provision of the Defense of Marriage Act, or DOMA, is unconstitutional.”

Last year I had the pleasure of meeting Stephanie and Margaret, who requested my services for their upcoming nuptials.  Even though the passing of Ref74 was still brewing in Washington State, they wanted to have a wedding — and why not?  Their planning included everything but the marriage certificate that gets forwarded to the county auditor post wedding.  So we proceeded to plan a wedding!

Stephanie and Margaret chose the Shafer Baillie Mansion on Capital Hill for their ceremony and reception.  Located in the heart of one of Seattle’s oldest neighborhoods, the mansion is noted for it’s gracious atmosphere of a bygone era, and is surrounded by large trees and seasonal gardens.  Their ceremony and reception were held on the outdoor patio where the guests enjoyed food by Arista Catering and beautiful classical music.  I provided my own custom-made “marriage certificate” so they could enjoy this special moment after their ceremony. 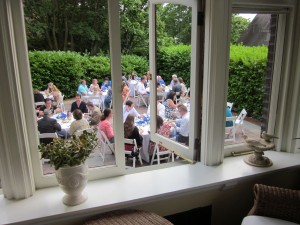 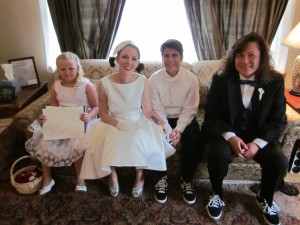 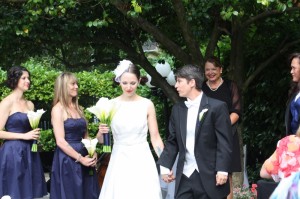 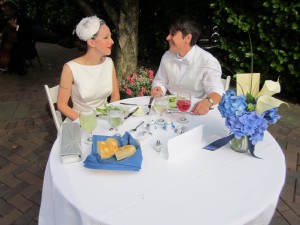 On December 6th 2012 same-sex couples were officially and legally allowed to apply for marriage licenses for the first time in state history (finally!).  Because state law mandates a three-day waiting period between when you get your license and when you get married couples wanting to make it legal could start holding ceremonies on December 9th.  Enter Stephanie and Margaret — again.  I heard through the grapevine (ok, it was Facebook) that they were heading down to the courthouse for a 3:00 a.m. (yes, a.m.) appointment with a judge to make their union legal.  In addition, they were inviting folks to join them.  I immediately called and said, “heck yes,” I want to be there so I can go full circle with you.  After all, we shared a milestone earlier in the year and I was hugely honored to be with them then — so I agreed to join them at the courthouse.   Not only did I join them at the courthouse — I got to be one of their witnesses.  I can’t tell you how great of a feeling it was to join them for not only their legal wedding, but this moment in Washington State’s history.

So here they are, my lovely couple Stephanie and Margaret formally and legally married in the state of Washington on December 9, 2012.  Congratulations my dear friends. 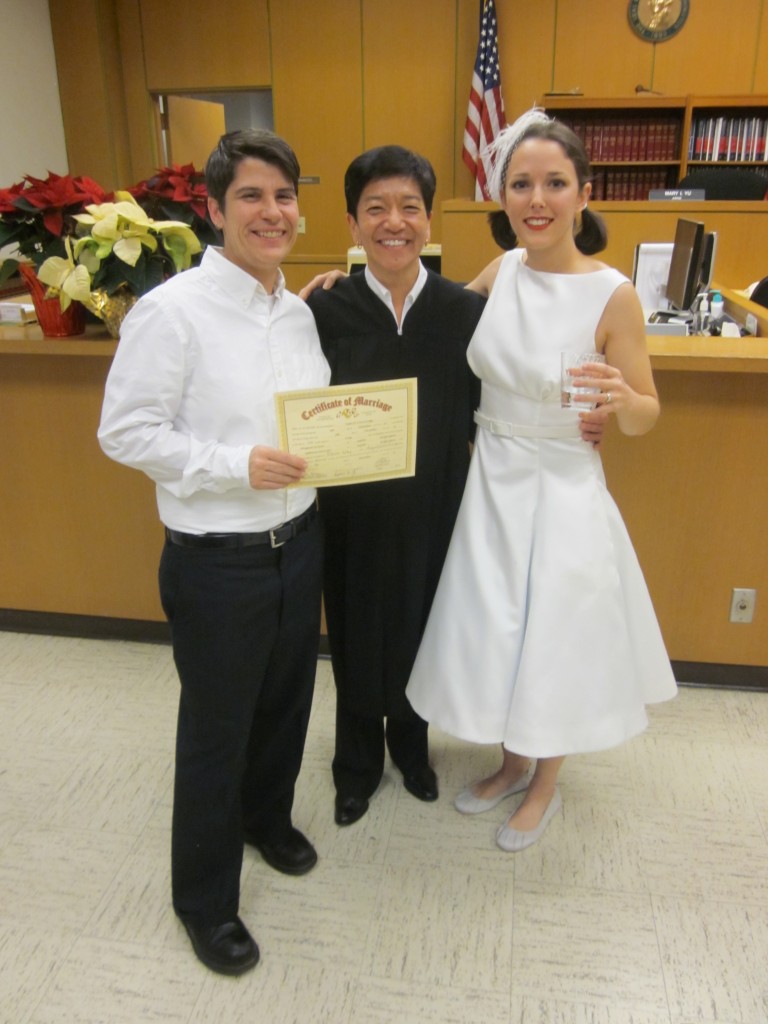